Jainism was established by a lineage of 24 enlightened beings or Tirthankaras, culminating in Parsavnath and Mahavira. Gujarat is an important religious centre for the people of Jain community as it is the place where 22nd Tirthankara attained salvation. Girnar and Satrunjaya are serene places in Gujarat boasting the footsteps of Jainism. These are the places where monks come to seek salvation and blessings of Lord Mahavir.

The major number of Gujarat Jain temples was built between 6th and 7th century CE and were patronised by the Solankis and Chavadas. By, 13th century, the North region of Gujarat was a major Jainism centre. The state has still in its holds the precious teachings of Jainism in its opulent Jain Temples located in different areas. Jain pilgrimage centres in Gujarat include places like Palitana, Girnar, Kothara, Naliya, Taranga and Songadh.

Most exquisite Jain temple in Gujarat is the Palitana Jain Temple. With over 3,800 stone steps, the climb is not easy, but that does not deter thousands of devotees from going there every year. Breathtaking Palitana temple is built over a period of 900 years from the 11th century onwards. Holiest temple within the cluster of Palitana temples is that of Adinath, the first amongst the Jain Tirthankaras. A cluster of five marble shrines at Kumbhariya Jain temple is also a Jain temple worth visiting on a tour to Gujarat. Richly endowed pillars of the Palitana temple looks like Dilwara and Ranakpur temples of Rajasthan. Gujarat is indeed a major place to explore the culture, rituals and traditions of Jains.

The City Amdavad is an important stopover point for people who are going for a Jain Temple Heritage Tour in Amdavad. There are many Jain temples in Amdavad and witnessing them is an utterly heart-warming experience. Have a look at some of the prominent Jain temples of Amdavad which are an important part of culture and history of the Amdavad.

* No refund to be made once you make the booking

The Derasar is a sacred house of God and a place of daily worship.To preserve its sanctity and Spiritual ambience, a strict dress code should be observed within the complex.

Upper Wear: Must cover the shoulders, chest, navel, and upper arms
Lower Wear: Must be at least below knee-length.

The Derasar located in Doshiwada ni Pole holds unique religious significance. It enshrines the idols of the first Jain Tirthankar Bhagwan Adishvar and the twenty fourth Jain Tirthankar Mahavir Swami. The name is derived from the footprints of Lord Adishvar which are protected in the Derasar under a rayan (yellow berry) tree. The Derasar known for multi-coloured marbles was constructed at the cost of Rs. 65,000 in the year 1856 by ‘Rao Bahadur’ Maganlal Karamchand.

Remarkable for its unique architectural design, Sambhavnath Derasar is considered as one of the oldest Derasars of the city built before samvat 1662. Unlike other Jain Derasars, this Derasar located in Shambhavnath ni Khadki, allow devotees to have a glimpse of the main Deity Lord Sambhavnath through a window placed in the dome structure. The exquisitely carved parikar around the idol of deity Dharmdev, the fifteenth Jain Tirthankar has also grabbed attention of art and sculptor lovers. It is believed that more than Rs. 1 lac was spent on the construction of this ancient Derasar which uniquely highlights sculptures of Gods, Goddesses, nine planets as well as figures of animals.

The exquisitely designed Derasar located in Zaweriwad was built by Nagarsheth Vakhatchand in Samvat 1855 (A.D.1799). Acharya Udaysagarsuriji performed the ritual for idol installation in the Derasar. Another idol of deity Suvidhinath Kesariyaji was installed later by Nagarsheth Hemabhai in the year 1835. The Derasar is known for intricately carved marble pillars. The highlight of the Derasar is rare idol of the lord standing in Kaussaggiya posture which is built perfectly as per the description given in the scriptures. Two huge sculptures of Yaksha and Yakshini and majestic entrance door leave connoisseurs of art and sculpture spellbound. The Derasar is known for exquisite wooden carvings amongst art lovers.

Oldest among the five Derasars of Mahavir Swami in Ahmedabad, Mahavir Swami Derasar located at Gandhi Road is known for aangi on the first day of Bhadarva Sud. On this auspicious day, shravakas from all over the country visit this Tirth. Apart from adornments, the Derasar is also famous for its unique construction, stunning sculptures of Gods and Goddesses. The visitors are also attracted by replicas of holy mountains- Pavapuri and Astapadaji with 24 images in metal and different Yantras. Remarkably, till date this Derasar has not consumed electricity. The present Derasar was reconstructed in Samvat 1922 by Sheth Umabhai Rupchand.

The Derasar of tenth Jain Tirthankar, Shitalnath Derasar is located in Shaikh no Pado. Renovated in the year 1877, this in-house temple is renowned for its structural style and elaborated wood-carvings. Lala Harakhchand, a famous Jain banker built this Derasar during Maratha period.

Adishwar Bhagwan Derasar located in Waghan Pol, Zaveriwad is epitome of rich legacy of Jain religion and devotion. Magnificent idols of this Derasar were protected and reinstalled by Sheth Shantidas Zaveri who was victimized by Mughal King Aurangzeb’s enmity. Fervent Jain devotee Sheth Shantidas Zaveri brought enormous idols of the first Jain Tirthankar Bhagwan Adishwar or Rishabhdev and installed them in the cellar of Derasar situated in Zaveriwad in the year 1609. It is believed that the idol was installed in the divine presence of Shri Kalyansagarsuri in the year 1744. The six feet high idol is attracting large number of Jain devotees since centuries.

The exquisitely designed Derasar located in Zaweriwad was built by Nagarsheth Vakhatchand in Samvat 1855 (A.D.1799). Acharya Udaysagarsuriji performed the ritual for idol installation in the Derasar. Another idol of deity Suvidhinath Kesariyaji was installed later by Nagarsheth Hemabhai in the year 1835. The Derasar is known for intricately carved marble pillars. The highlight of the Derasar is rare idol of the lord standing in Kaussaggiya posture which is built perfectly as per the description given in the scriptures. Two huge sculptures of Yaksha and Yakshini and majestic entrance door leave connoisseurs of art and sculpture spellbound. The Derasar is known for exquisite wooden carvings amongst art lovers

The saying goes, the idol installed in Jagvallabh Parshvanath Derasar located in Nisha Pol is so magnificent that if you wish to take a glimpse of six feet glorious idol of Jain Tirthankar Jagvallabh Parshvanath, you have to offer a gold coin. Right from the entrance, devotee can have a glimpse of Parshvanath’s sahastrafena idol in Kayotsaraga posture. The second garbh-gruha of the derasar built in the year 1603 by Nagarsheth Khushalchand enshrines small black idol of Shri Chintamani Parshvanath in Padmasan. The idols testify the heights Jains achieved in the fields of art and craftsmanship. The Derasar also has a six feet tall idol of Jain Tirthankar Lord Adinath sitting in Padmasana’s yogic posture.

The idols of Shri Chintamani Parshvanath, Shantinath and Sambhavnath are installed in this grand domed Derasar comprising three Derasars. The ancient construction built in the year 1798 is located in Vagan Pol, Zaveriwad. The centre of attraction here is intricately designed silver parikar. Apart from that, the Derasar has carved Astapadji, Shatrunjay and Pavapuri. Dolls artistically carved on the walls of the Derasar add beauty to the ancient Derasar.

Shantinath Derasar is home to six historically important stone inscriptions which were inscribed before 425 years. The stone inscriptions containing authentic information about ancient Derasars of Ahmedabad and great Jain Acharyas can be found on the walls of main hall of the Derasar located in Shantinath ni Pol. The inscriptions mirroring socio-cultural traditions of Ahmedabad reflect moral and religious thoughts of great Jain Acharyas. Beautiful wood-carvings in this ancient Derasar testify Jain communities love for art and sculpture. 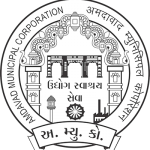 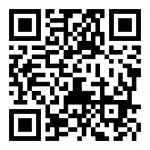